Banks facilitating transactions involving maritime trade must put in place systems and processes to detect illicit activity that could result in a breach of sanctions regulations.

Global maritime shipping accounts for up to 90 percent of total international trade by volume and 70 percent by value. At the same time, the maritime industry is the key artery for sanctions evasion globally, a result of deceptive shipping practices used by bad actors.

Analysis of Dow Jones sanctions data as of April 2021 indicates that coverage currently includes 704 sanctioned vessels, 34 sanctioned ports and 1,239 vessels linked to comprehensively sanctioned countries. The data shows that sanctions on vessels are growing at an average of 6% annually in recent years, spiking in 2019 with an 11% full-year increase.

These recent spikes in vessel sanctions underline a worrying trend that has been repeatedly addressed in reports from the UN Panel of Experts on North Korea, the latest issued in March 2021.

The Panel identifies a series of sanctions-evading practices by North Korea, including illicit imports of refined petroleum products via ship-to-ship transfers and direct deliveries by foreign-flagged vessels – which in many cases have changed ownership only months before such deliveries or listed defunct companies as the vessels’ owners.

The reports also point to illicit exports of coal and sand, which are used to fund North Korea’s nuclear and ballistic missile programmes, as well as imports of prohibited luxury goods, alcohol and robotic machinery, which the country continues to pursue in violation of UN Security Council resolutions. 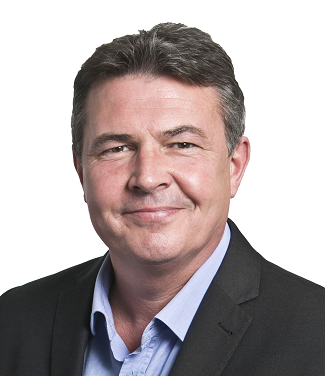 In early May 2020, the US State Department, the US Treasury’s OFAC (Office of Foreign Assets Control) and the US Coast Guard jointly issued an advisory (“OFAC’s advisory”) providing guidance on countering illicit shipping and sanctions evasion practices, with a focus on Iran, North Korea, and Syria. In particular, it emphasised the need to exercise heightened due diligence with respect to shipments that transit areas determined to present a high risk.

“The guidance made clear that regardless of your point in a transaction – whether you’re an insurer, a bank, a trading group, a bunker provider, or any other part of a maritime supply chain – you’re in focus for the regulator now,” says Simon Ring, Global Head of Maritime Trade Technologies & ESG at Pole Star, which partnered with Dow Jones in 2019 to bring a combined trade compliance technology solution to market.

“This is a first – for the guidance to cut across industries. The spotlight is on financial institutions, ship owners, operators, charterers, flag registries, port state control authorities, classification societies, commodities traders, suppliers, brokerers, and all other shipping industry associations. Regardless of your point in the supply chain, you’re now in focus and you need to have in place a comprehensive OFAC compliance programme.”

No respite for banks

Since the advisory was issued, there has been huge uptake from across the maritime supply chain of digital solutions that automate trade compliance, sanctions screening and vessel tracking processes, Ring says. “Still, there’s no respite for banks. If you’re involved in financing trade, commodities or vessels, the level of due diligence required now is much higher than it has ever been.” 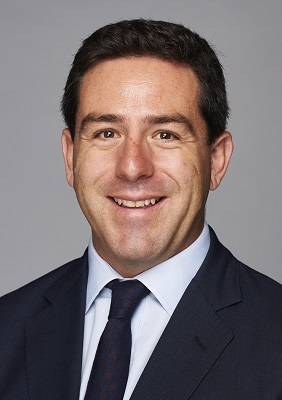 While North Korea, Syria and Iran may be the primary targets as comprehensively sanctioned countries, Ring says banks also need to focus on Libya, Yemen, Crimea, South Sudan, Cuba and Venezuela – among others – when it comes to screening, given that US authorities have policies on each of these jurisdictions, and the vast majority of global trade is financed with US dollars.

“The threat of a bank being targeted with secondary sanctions or losing its US dollar clearing licence is simply too significant,” says Guy Harrison, General Manager at Dow Jones Risk & Compliance. “That is why banks facilitating transactions involving maritime trade must put in place systems and processes to detect illicit activity that could result in a breach of any US sanctions regulations, which are only growing more complex.”

Indeed, OFAC’s advisory offers recommendations to help private sector entities such as banks avoid falling afoul of US sanctions regulations, including measures to institutionalise sanctions compliance programmes, establish ship tracking best practices, and upgrade KYC and due diligence procedures to capture information about every party involved in maritime trade, including their supply chains.

“Besides screening the parties to the transaction, such as the seller of the goods, banks should also screen the vessel used to transport the underlying goods, the shipping company, any agents or third parties present in the transaction, and know the ports of call of the vessel for the particular transaction flow where possible,” says Cliff Lim, a Risk & Compliance Specialist with Dow Jones in Singapore, one of the busiest hubs for global trade in the world.

“It is also a good practice for banks to find out the recent voyage history of the vessel. If the vessel had docked at embargoed countries during its previous voyages, it could be a trigger for banks to conduct further checks as the transaction could involve dealings with sanctioned entities or embargoed goods.” 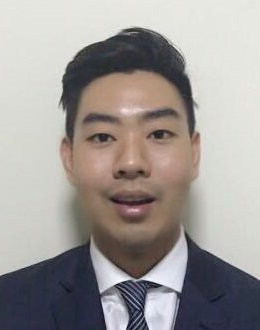 Reflecting the increasing regulatory scrutiny on maritime trade, Japan’s FSA (Financial Services Agency) in February 2021 revised its AML/CFT guidelines to require banks to identify and assess not only the country risk of the import and export transactions they finance, but also the risks of the goods being traded, the terms & conditions of contracts, and all parties involved in transactions, including their respective beneficial owners.

“In addition, the new guidelines set out expectations for banks to identify major risk indicators for goods subject to export controls, as well as the vessels and transportation routes being used in order to identify risky transactions,” says Yoshitaka Ikeda at Dow Jones in Tokyo. “In addition, banks need to check the prices of goods against market prices, and screen the parties involved against sanctions lists whenever trade documents are revised.”

Behind the scenes, much of the work being done to ensure sanctions are enforced in maritime shipping focuses on tracking vessels to identify deceptive shipping activities. Historically, AIS was developed as a collision prevention system, though it is now used in vessel tracking. Bad actors have been known to disable or manipulate these systems when diverting cargo to sanctioned jurisdictions.

However, this is largely being addressed with technology such as Pole Star’s PurpleTRAC solution, which allows for a vessel’s AIS data to be supplemented with positional data from satellites and other sources, enabling so-called ‘persistent tracking’ of vessels.

For the most part, vessel tracking data is recorded, and reporting is automated. This is especially important to banks, some of which process thousands of transactions each day and require immediacy on sanctions checks to allow a transaction to proceed. Even in cases where large, reputable container carriers are involved, and the threat of a sanctions violation may be low, regulators will expect that an audit trail is captured to prove a bank has conducted due diligence on each transaction. 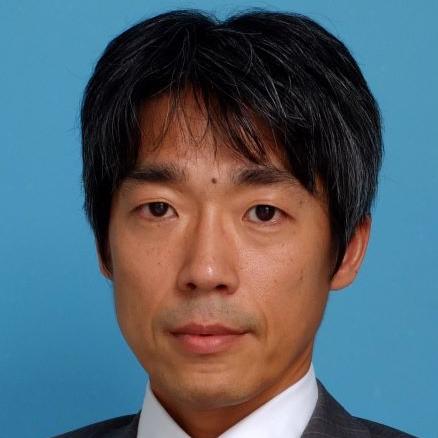 Improved data on vessel ownership and transparency on the various parties involved in international trade transactions have made it easier to identify trade that could have a sanctions nexus. Specifically, the IMO numbers in a UN database are now being used to populate information about vessels, including their ownership and management, country of origin, domicile, and control, and where they have been over the previous 24 months.

In addition, vessels and all their owners and benefactors are re-screened automatically withing PurpleTRAC every 24 hours. “If a vessel stops, veers off course, or engages in any activity deemed to be high risk, an automated alert is generated,” Ring says. “This saves a huge amount of time in procedural work. Of course, all of this was relevant before OFAC’s Advisory, it’s just much more complicated now, and more banks are starting to take note.”

A unification of processes

The partnership between Dow Jones and Pole Star combines the former’s online due diligence tool with the latter’s vessel tracking capabilities to provide a holistic risk management tool for trade finance teams. Specifically, the due diligence tool provides information on vessels, goods, counterparties, cities and ports, in addition to comprehensive data on sanctions and dual-use goods.

Pole Star provides tools that allow for ongoing monitoring of a vessel through the duration of its voyage, to ensure a vessel isn’t going off of its intended trajectory, going dark for long periods of time, or otherwise raising red flags. The combined trade compliance solution offers certainty to banks and insurers on the risks they may be exposed to through trade transactions.

Meanwhile, initiatives are also underway to also enhance trade finance practices at banks to reduce fraud, document duplication and sanctions risks. Pole Star is about to launch, in collaboration with TradeIX and Marco Polo, a blockchain-based digital letters of credit initiative, which will allow for enhanced risk mitigation and faster decision-making. 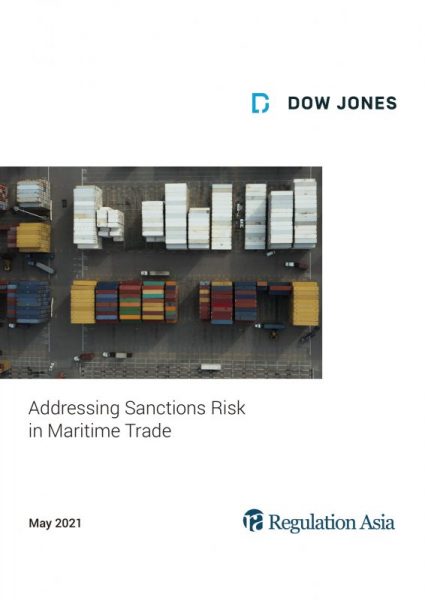 “This initiative will provide banks the ability to finance programmes for ship owners and charters that they never could before, because they will have the data matching and risk mitigation processes in place that are automated,” Ring says. “It will allow organisations to significantly increase the capacity and velocity of their transactions, while also reducing the risk of those transactions.”

The initiative will lead to a unification of processes in the maritime trade compliance space, especially when integrating new programmes for sustainable trade, Ring adds. Leveraging the data it holds on vessels, Pole Star has partnered with sustainability solutions provider CarbonChain to rate vessels based on their carbon output per tonne per nautical mile and where it sits compared to its peer group.

“Banks will be able to automate screening for ESG, sustainability and sanctions at the same time,” Ring says, pointing to a recent focus on these issues by regulators and financial institutions alike. In Singapore, banks are already providing preferential interest rates to companies that use the right vessels, take the right routes and use the right fuels.

In addition, Singapore does not allow vessels that have regulatory issues to dock, such as if they are suspected of facilitating sanctions evasion. Banks need to understand the risks they face from exposure to maritime trade and be able to address those risks. The good news is that the technology and data are already available to do so now.

In December 2020, Dow Jones Risk & Compliance was awarded ‘Best Solution in PEPs and Sanctions Screening‘ by an independent panel of industry experts serving as judges at the 3rd Regulation Asia Awards for Excellence 2020.