The BSP (Bangko Sentral ng Pilipinas) has a long list of priorities for the year ahead, largely focusing on improving outcomes for individuals and businesses, as well as safeguarding financial sector stability.

“Amid the pandemic situation, the Philippines is leveraging on fintech to enhance financial inclusion and to boost economic growth,” BSP deputy governor Chuchi Fonacier told Regulation Asia in an interview. “More Filipinos are now prompted to learn more about and appreciate the digital payments platforms available.” 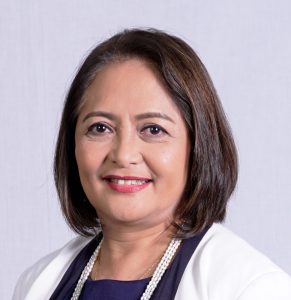 She pointed to the October launch of a Digital Payments Transformation Roadmap for 2020 to 2023, which charts the BSP’s current initiatives and strategy to advance an efficient, inclusive, safe and secure digital payments ecosystem.

The roadmap includes the use of the national digital ID system (PhilSys) to support access to real-time payments processing. According to Fonacier, the initial registration process for PhilSys is already underway in targeted areas where unbanked and underserved communities reside.

“The Philsys project is being undertaken using a whole of government approach,” she said. “This will have a major impact on digital transformation of the Philippines and specifically for the financial services industry.”

According to Fonacier, the pandemic crisis also underscores the important role of MSMEs (micro, small and medium-sized enterprises) to the economy. “Government efforts are geared towards accelerating MSME development,” she said. “We are also pushing for legislative and administrative reforms that will make credit more accessible to MSMEs”

Among these initiatives is the development of a new credit risk database (CRD), which aims to improve access to finance among SMEs by allowing lenders to generate credit scores of SME borrowers using data on data on financial statements, default-related information and non-financial information of SMEs collected from banks.

“This enables risk-based lending and reduces dependence on collateral for credit decisions,” Fonacier explained, adding that the BSP is working with an expert team from JICA (Japanese International Cooperation Agency) to establish the CRD system.

JICA will facilitate the knowledge and technology transfer to the BSP in the coming months, and the BSP will begin collecting in December 2020, starting with a universal bank, with a view to launching the new CRD scoring service by 2022.

Another important initiative still being discussed in the Congress is the so-called GUIDE bill, otherwise known as the ‘Government Financial Institutions Unified Initiatives to Distressed Enterprises for Economic Recovery’ bill.

This will enable the creation of a special investment vehicle that will strengthen the capacity of government financial institutions to infuse capital into strategically important enterprises, including MSMEs, with a view to preserving employment, Fonacier said.

She also highlighted the recent approval of the FIST (Financial Institutions Strategic Transfer) Act by the Senate, which she said will help ensure banks and other financial institutions can continue to provide credit to businesses and consumers.

The bill was fast-tracked amid concerns that loan defaults could burden lenders and hamper their ability to lend. It will help lenders to better manage non-performing assets affected by the crisis, enabling them to offload debt to special purpose vehicles, referred to as ‘FIST’ corporations.

While the bill is still on its way to being signed into law by the President, Fonacier said the BSP has already prepared the implementing rules and regulations in advance, meaning the Act will be immediately ready for implementation once the final legislative processes are complete.

As is the case in much of the world, banks in the Philippines are indeed expecting higher NPLs (non-performing loans) in the months ahead. The NPL ratio at banks in the country is forecast to rise to 4.6% by end-December, compared to 3.5% recorded in September, and just 2.3% in March.

But, Fonacier believes banks are well-prepared for higher credit losses. Since the start of the year, they have been matching credit loss expectations with higher loan loss provisions. The NPL coverage ratio has risen to 91.5%, which is higher than the 91.4% recorded in March, she said.

In addition, Fonacier said stress testing exercises conducted by the BSP have reinforced the banking system’s ability to withstand various scenarios, while still maintaining a capital adequacy ratio well above the 10 percent minimum requirement. Nevertheless, the FIST Act and GUIDE bill will help to ensure bank capital is not threatened, she said.

Meanwhile, the BSP is continuing to pursue greater alignment with international standards for capital and liquidity under the Basel framework. However, some of these initiatives are experiencing delays due to the Covid-19 pandemic.

“Amid the pandemic, the BSP is carefully evaluating the potential adjustments to the target timelines and scope of application of the proposed amendments to its existing the guidelines on large exposures – so as not to create unintended consequences to the credit supply,” Fonacier said.

While the implementing guidelines for the enhanced framework have been issued and approved since June 2019, the BSP has recently extended the implementation deadline until 1 January 2021, to account for pandemic related challenges.

Other legislative actions the BSP has planned to submit to Congress include measures aimed at strengthening the BSP’s resolution powers to align with international standards, as well as an amendment to the New Central Bank Act to strengthen supervision over financial conglomerates.

The lack of power for the BSP to supervise the parent companies and their affiliates of banking groups was recently cited by the IMF as one of the factors impeding more effective supervision of the financial sector. Also highlighted by the IMF was the need for the Philippines to amend its bank secrecy law.

The BSP has long been advocating for amendments to the law, saying it would help the central bank better protect the banking system. Currently, the Philippines is one of only two countries that still maintains stringent bank secrecy laws, which prevent supervisors and law enforcement agencies from accessing banking records except in special circumstances.

According to Fonacier, the reform has indeed been gaining ground in among senators and congressmen, and there is some optimism that further progress will be made in the next year.

On a final note, she highlighted a recent memorandum issued to financial institutions, requiring them to submit reports to the BSP regarding their LIBOR exposures on a quarterly basis.

The new reporting requirement will help the BSP gauge the financial sector’s readiness for the end of LIBOR by end-2021, as well as help guide supervisory engagement with individual firms regarding their implementation plans, she said.