China’s onshore asset-backed securities (ABS) market has been growing rapidly in recent years, bolstered by an influx of investment from domestic and foreign institutions alike. The ABS market is seen as attractive due to its high yields, low default rates, and a general lack of better opportunities elsewhere as a low interest rate environment predominates globally.

Amid the pandemic, China’s securitisation market has shown relative resilience. As of 20 October, the total issue volume in China’s ABS market for the year was about CNY 2.2 trillion. In 2020, the full year total was CNY 2.9 trillion, a 23 percent increase from one year earlier, and more than double the value of ABS issuances recorded in 2018.

This growth has been facilitated by accommodative regulatory reforms, which have allowed an increasing variety of asset classes to be introduced to the ABS market, larger and more frequent issuances, and broader access to the market by an increasing number of participants at home and abroad.

In August, BlackRock, the world’s largest investment manager, said in a shareholder note that it would expand the investment remit of four of its Asia-focused bond funds to allow investment in Chinese ABS and mortgage-backed securities (MBS) debt for the first time. The asset manager cited higher yields compared to corporate bonds at similar ratings, as well as added diversification benefits for the portfolios.

Other foreign financial institutions are plotting similar moves, particularly as China continues to open up and further develop its markets.

Over this period, regulatory clarity was provided on accounting and tax treatment, the scope of permitted products was expanded, information disclosure requirements were enhanced, and ABS were allowed to be pledged in the repo market. However, the pilot scheme was abruptly suspended at the end of 2008 amid the global financial crisis, which was largely attributed to the securitisation of subprime mortgages in the US.

When China’s ABS scheme resumed in 2012, new risk retention requirements were introduced which forced issuers to retain at least 5 percent of issuances in subordinated tranches for interbank deals, weakening the capital efficiency benefits of asset securitisation. With the attractiveness of ABS issuance reduced, and amid tight liquidity in the interbank market, large portions of the quotas issued to financial institutions were left unused.

In mid-2013, a State Council push to shift risk away from the banking system reinvigorated an expansion of the ABS market. Quotas were expanded, the risk retention requirements were reduced, and the approval system that existed gradually shifted to a registration system. ABS issuance volumes started to rise sharply, later bolstered further by the introduction of a corporate asset securitisation pilot programme, which enabled brokerage firms to increasingly participate in the market.

By 2019, the ABS scheme had expanded to include dozens of financial institutions, including foreign investors through Bond Connect. As a result, liquidity conditions in the ABS market improved and the appetite for securitised products in onshore China increased, particularly as banks sought to improve risk management and capital efficiency.

In previous years, there had been reluctance from international investors to enter China’s ABS market, due to concerns about market access, market depth, an inability to hedge currency and interest rate exposures, and an apparent lack of transparency on the underlying debt. 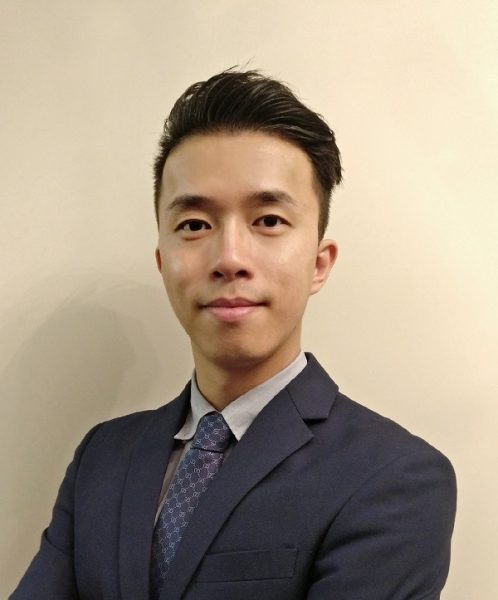 However, as China’s markets have continued to open up in recent years, and regulatory reforms have made it conducive for index providers to include Chinese debt in global indices, foreign investors have become increasingly active in the ABS market. For instance, over the past two years, foreign investors have been taking up about 20 percent of auto ABS issuances. Today, that number is closer to 40 percent, according to Chen Yin, Associate Director at Moody’s Analytics.

“We’ve seen China’s ABS market grow by more than 10 percent a year since 2014, yet the market still has a lot of potential to grow,” Yin says. “Chinese ABS pay coupons between 4-8 percent. There have not been any defaults in over six years for ABS where payments come from underlying assets [rather than the originator]. We are seeing domestic banks increasing their participation in the ABS market for the better risk return profile of securitised debt.”

ABS issuance also presents an opportunity for local banks to diversify their funding base, which drives further growth in the market, Yin explains. Indeed, the government sees securitisation as an important source of alternate funding as well as a balance sheet management tool that can help to rein in financial system risk.

“Global investors have also been increasingly looking to the China ABS market for opportunities to boost yield without taking on additional risk,” Yin says. “With low interest rates globally and the renminbi showing continued strength, we increasingly see foreign investors trying to enter this market.”

In the securitisation market, investment decisions rely on accurate cash flow projections and valuation analysis. In the US, Moody’s Analytics provides this through its Structured Finance Portal and Structured Finance Workstation (SFW), which features a high-performance analytical engine, advanced modelling and reporting tools, and comprehensive data sets.

“The two products use the same tools and the same cash flow engine,” Yin says. “The China Structured Finance Portal uses data at all levels to analyse cash flows and calculate valuations. Though the interface is different, the data is processed by the same engine (SFW) that has proven its worth over decades in the US market. Global investors are able to trust the engine as it is already known to be reliable and effective.”

“The platform is used by both domestic and foreign investors, with full language support for both Chinese and English,” says Yin. “We understand that experienced global players require extensive data and tools to analyse the ABS market for potential opportunities. We facilitate this by supplying all the information needed to understand the quality of structured products in China and make investment decisions in this market.”

In August 2021, Chinese regulators issued new guidelines on improving the corporate credit bond market. The guidelines include plans to further enhance ABS products, including through reining in refinancing risk associated with short term debt rollovers, increasing the proportion of bonds with medium and long-term maturities, and further expanding the already-growing green bond market. 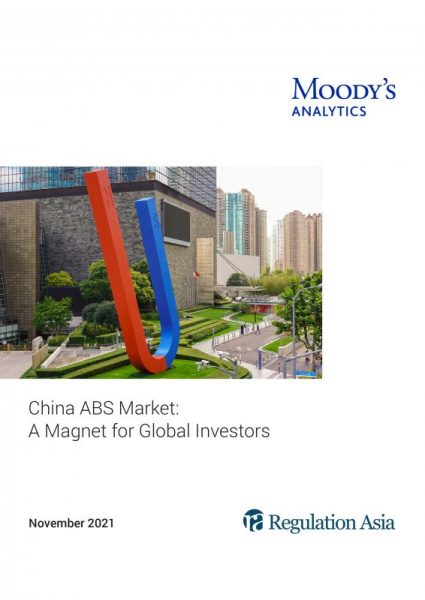 In China, green ABS are considered an important growth driver of the green bond market. ABS is usually defined as “green” if the cash flows are generated from green base assets or the funds raised are invested in green projects. China’s first ABS labelled as green was issued by Industrial Bank of China in 2016 through the securitisation of a small pool of just 42 green loans.

By 2019, green ABS worth CNY 50.1 billion were issued for the year. Issuance dropped in 2020 to CNY 33.5 billion amid the Covid-19 pandemic, but there are signs that the green ABS market will see robust growth in the coming years, as China charges ahead with its goals of reaching peak emissions before 2030 and net zero by 2060.

In 2021, green ABS issuance has so far reached CNY 44.1 billion. During the year, China saw its first issuances of green ABS with carbon neutrality labels. The first green auto loan ABS was also issued by SAIC Finance, and the first internationally rated green ABS was issued by BYD Auto Finance.

While the majority of onshore green ABS issuances are originated by state-owned non-financial corporations, Chinese banks are expected to increasingly contribute to and invest in this market – driven by an enabling regulatory framework, enhanced transparency of securitised green assets, and regulatory and policy incentives.

In particular, under a new evaluation system which took effect in July, Chinese banks are being graded each quarter on the value and growth of their green finance business. The results will be included in their macro-prudential ratings, which will increasingly incentivise banks to securitise green loans and other assets, providing a further boost to the green ABS market.

China is already the largest ABS market in Asia, and second largest globally after the US. In the years ahead, as green securitisations start to play a bigger role in the country’s green finance market, further growth of the ABS market more broadly is highly anticipated.

Overall, the proportion of green ABS increased from 1.7 percent of total green bond issuance in 2016 to 11 percent in 2020. According to Yin, new ABS issuance will likely exceed CNY 3 trillion for 2021 – which will make it most active full year on record. “The growth rate will keep increasing rapidly in the coming years as the policy environment becomes more standardised and open.”

In December 2020, Moody’s Analytics was awarded ‘Data Provider of the Year‘ by an independent panel of industry experts serving as judges at the 3rd Regulation Asia Awards for Excellence 2020.