Former Basel policymaker Bill Coen says the exploratory work by the IFRS Foundation to form a separate board on sustainability reporting has been gaining traction and is “moving quickly in the right direction”.

Coen’s work at the BCBS (Basel Committee on Banking Supervision) spans more than 20 years, including the five years until June 2019 when he served as Secretary General. Since February 2020, he has chaired the IFRS Advisory Council, which provides strategic advice to the IFRS Foundation trustees, including on the recent work to develop international sustainability reporting standards.

The IFRS Foundation recently issued a statement outlining the strategic direction of its proposed sustainability standards board within its existing governance structure. The statement followed a meeting of the Foundation’s trustees in early March, and a September 2020 consultation paper on its role in global sustainability reporting standards.

Earlier this week, the IFRS Foundation gave a further signal of intent, when the trustees announced a new working group “to accelerate convergence in global sustainability reporting standards focused on enterprise value”. Under the governance of the IFRS Foundation, the new body will undertake the technical preparations for an international sustainability reporting standards board, while also serving as a forum for structured engagement on sustainability and enterprise value reporting. 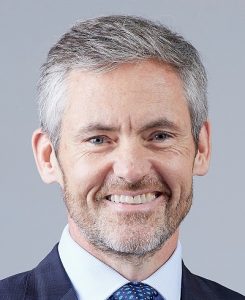 According to Coen, an important recent development was the “powerful statement” from IOSCO supporting the IFRS Foundation’s work on sustainability. “Getting securities regulators on board to support the sustainability work was an important step and will provide even more momentum to the initiative,” he said, also highlighting newfound support from the US SEC (Securities and Exchange Commission).

Indeed, the SEC has been stepping up efforts to address climate and ESG-related risks this year. Earlier this month, it set up a new enforcement task force to develop initiatives to proactively identify misconduct related to ESG and climate related disclosure and investment. Shortly afterwards, it announced plans to evaluate its disclosure rules to facilitate the reporting of consistent, comparable, and reliable information on climate change.

Coen says the recent focus on disclosure and taxonomy, and in the case of the IFRS Foundation on reporting standards, is the right way to go. While he was at the BCBS, some of the early discussions around climate risk included whether there should be a prudential treatment to tie capital requirements to climate-related financial risk.

According to Coen, the discussions held during the development of Basel III were guided by an insistence from the industry that the framework be based on evidence, and based on data. Basel policymakers could develop a regulatory capital treatment to incentivise green finance activities at banks, as well as punitive risk weights for brown finance, but the big questions will be around design and calibration, which require reliable data and evidence, he says.

“I don’t think we’re quite there yet. Right now, there’s no comparable data when it comes to sustainability. That’s why starting with a common global taxonomy, and comparable standards for reporting, is really the best way to start,” Coen says.

Separate from prudential regulation, it is important for supervisors to address climate change as an important risk area. Regulators – if they are not already doing so – should be asking certain questions of risk managers, board members and senior management at banks and other financial institutions when it comes to sustainability, Coen says.

These may include questions around strategies for preparing for and managing climate risk, how they are pricing and provisioning against so-called ‘brown’ activities, and the revenue streams and repayment capabilities for green finance activities.

“Climate risk will continue to be an area of supervisory focus. And I think one of the more effective things that supervisors can do is to assess the effectiveness of a bank’s management of climate risk. Is a bank fully considering the risk and incorporating these considerations into their strategy? How do these considerations influence the bank’s decisions on whether to pursue certain lines of business, how to price climate risk, and how to provision for that risk?”

According to Coen, by virtue of merely asking these questions, supervisors can have a big impact. If it’s evident that a bank is not paying proper due regard to climate risk, criticism from a supervisor would serve notice that it needs to enhance their risk management framework, which can drive change.

“It doesn’t have to result in an enforcement action, although if it was egregious, it could,” Coen says. “Even mild criticism would mean heightened supervisory interest, which translates into an expenditure of resources for the bank. And if this rose to the level of warranting a public enforcement action, it would be especially unfavourable for the bank, given that sustainability and environmental risk are currently top-of-mind issues for many investors, shareholders and customers.”

“Regulatory capital always attracts quite a bit of attention but the risk management and supervisory aspects are equally important, and I don’t think they get as much attention as they ought to. However, I’m confident that regulators are already asking these types of questions to boards, senior management and risk managers at banks.”

Indeed, a stock-take of BCBS members on existing regulatory and supervisory initiatives published in April 2020 revealed that a majority of national authorities consider it appropriate to address climate-related financial risk within their existing regulatory and supervisory frameworks. Most supervisors were at the time not considering factoring climate risks in their prudential capital frameworks.

In light of these findings, last October, Kevin Stiroh, Head of the New York Fed’s Supervision Group and Co-chair of the Basel Committee’s TFCR (Task Force on Climate-related Financial Risks), said the TFCR intends to identify effective supervisory practices to mitigate climate-related financial risks. The TCFR is also considering the extent to which climate risk will be incorporated in the Basel Framework, research that is expected to be completed by mid-2021.

Among the key climate-related regulatory initiatives under way globally, Coen highlighted efforts by UK and EU regulators to require big banks to stress test climate change impacts out 30 years. The undertaking will require significant amounts of data to geolocate the banks’ as well as their clients’ physical assets, estimate future temperature changes and forecast weather events in those locations.

According to Coen, asking banks to model climate risk against a 30-year time horizon – which goes beyond what existing stress testing models are designed for – does present significant challenges from a data and modelling perspective, but this is not necessarily a bad thing.

“You’ve got to start somewhere. Just because it’s not a best practice, or it’s not even a practice right now, that’s not a good reason for saying we can’t do it.” Coen gives EU and UK policymakers credit for starting the discussion and getting the industry to start thinking about the future impacts of climate change.

He likens climate risk stress testing initiatives to the Basel Committee’s work on operational risk, which used to allow for the use of a bank’s internal models to assess operational risk and to estimate regulatory capital against the risk. When the BCBS proposed to remove the AMA (advanced measurement approaches) from the operational risk capital framework in 2016, critics saw the move as signifying a ‘failed experiment’.

“I took a much different view,” Coen says. “Operational risk has always been a material risk that could lead to unexpected losses but, prior to the BCBS’s operational risk framework proposals, there was very little research on how to manage and quantify it. Once the BCBS published those proposals and then finalised the operational risk framework as part of Basel II, it spawned a tremendous amount of research and generated quite a bit of attention on how to effectively manage op risk. So from my perspective, that was a big success.”

Similarly, when it comes to stress testing for climate risk, Coen believes the regulatory push will serve to get the industry to think about their approaches, conduct research, and collect data. “From this perspective, it’s an advance in spite of the challenges banks may face in developing the new stress tests.”

Such are the risks posed by climate change that central banks are actively considering its impact beyond their role as supervisors and regulators. As the NGFS (Network of Central Banks and Supervisors for Greening the Financial System) welcomed the US Federal Reserve as a new member last December, it also issued papers on the implications of climate change for central bank portfolio management and monetary policy operations.

What is most interesting to Coen is that regulating climate risk has become a competitive space. “In the official sector, it’s become a badge of honour to be seen as a leader. In the past, we didn’t really see regulators tripping over themselves to be seen as the toughest prudential regulator in any specific area,” he says.

“So on climate, it is interesting to see regulators and industry taking the initiative to be creative and innovative, and collectively raise the bar. There’s not a regulatory authority in the world that’s not talking about sustainability. It’s a race to the top for a change.”