A coherent global response and unifying standards are needed to tackle illegal wildlife trade and environmental crime. Financial institutions have a crucial role to play.

The Covid-19 pandemic has placed a spotlight on illegal wildlife trade and environmental crime, collectively known as ‘green crime’. Worth an estimated USD 258 billion a year, green crime is growing by up to 7% annually, according to UNEP and Interpol. Whichever way you slice it, green crime is intrinsically linked to money laundering.

In a May report, the United Nations (UN) revealed the scale at which deforestation and forest degradation contributes to the ongoing loss of biodiversity, pushing thousands of animal and plant species closer to extinction. Since 1990, it is estimated that 420 million hectares of forest have been lost through conversion to other land uses, exacerbated by criminal activity such as illegal logging.

While the UN report paints a sobering picture of the state of the crisis affecting the Earth’s biodiversity, actions to tackle deforestation and illegal logging have been yielding positive results, a showcase of the benefits of cross-border collaboration and more sophisticated methods of identifying criminal activity within supply chains.

According to the report, trade regulations in consumer countries have been requiring importers to demonstrate that their timber has been harvested legally. Likewise, many tropical timber-producing countries have been making corresponding efforts to strengthen legal compliance and verification, including to develop national systems to assure the legality of timber operations.

Indeed, a major reason why illegal wildlife trade is so difficult to tackle is the lack of a coherent global response and unifying standards. In many cases, wildlife trafficking fails the dual-criminality test required for prosecution as a money laundering offence. But, there is clear evidence that changes are being made to eliminate such barriers, and improve regulation and enforcement.

For example, the EU has included environmental crime as a predicate offence under the 6th Anti-Money Laundering Directive (6AMLD), which comes into effect in December 2020. In the US, legislation was passed in September 2016 allowing wildlife trafficking to be prosecuted as a money laundering offence.

Meanwhile, the FATF (Financial Action Task Force) has recently made illegal wildlife trade a priority issue. Part of its work in this area has been to analyse supply chains and payment methods to develop guidance to assist financial investigations of illegal wildlife trade. The guidance will include case studies and highlight how public-private partnerships and international cooperation can help to identify and disrupt the illicit proceeds of this criminal activity.

One public-private partnership worth mentioning is the Global Coalition to Fight Financial Crime, founded in in 2018 by Europol, the World Economic Forum and Refinitiv. The Coalition seeks to ramp up global efforts to combat financial crime – including green crime – by raising awareness, promoting effective information sharing, and bolstering anti-money laundering controls.

Ten additional member organisations from the anti-financial crime ecosystem, and a permanent secretariat, have recently been announced as part of the Coalition’s public launch.

The heart of the issue 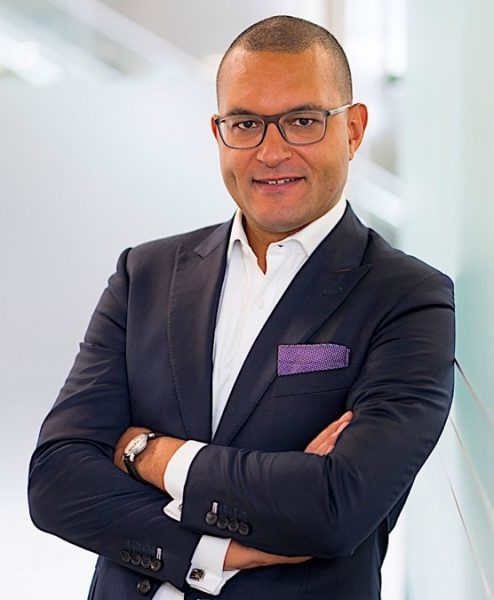 Such initiatives drive at the heart of the issue – the ability to follow the money within supply chains. But more needs to be done, and until tangible policy initiatives and regulatory frameworks are in place, industries that unwittingly facilitate green crime need to be more proactive in standardising their approaches to detecting such activity in their supply chains.

According to research conducted by Refinitiv, more than 40% of third parties relationships within global supply chains are not even subject to due diligence checks during onboarding, and 60% are not subject to ongoing monitoring. The research also found that up to 65% of respondents know or suspect that third parties they deal with may have been involved in a range of illegal, environmentally damaging activities – effectively indicating that green criminals are hiding in plain sight.

So, what can be done? Che Sidanius, Global Head of Financial Crime and Industry Affairs at Refinitiv, believes it is vital to continuously raise awareness of this issue and challenge relevant organisations including the FATF to question whether current approaches to tackling financial crime are adequate.

“I believe FATF should add environmental crime to the list of predicate offences,” he said. “We should also continue to engage with organisations on how data and tools can be used by banks and transport companies to identify wildlife trafficking patterns and other forms of green crime. The Covid-19 pandemic has been a watershed moment on this issue. We are also advocating for policy reforms to enable greater information sharing.”

Financial institutions in particular have a crucial role to play in the fight against green crime. Not only should they be supporting efforts to curb such activity using existing in-house due diligence and transaction monitoring infrastructure, but they can also make a difference by contributing financial intelligence to support law enforcement efforts in pursuit of green crime’s greatest beneficiaries.

Compliance departments must support the need for vigorous screening of suppliers and third-party relationships for financial crime risks. Enhanced due diligence is a crucial defence against financial crime, and with specific context to wildlife and environmental crimes, the adoption of regular monitoring of third-party relationships can help ensure companies are operating sustainable supply chains that support the UN’s Sustainable Development Goals.

With a helping hand from advanced technology, the capacity to achieve these noble aims becomes easier. In April, for example, the International Fund for Animal Welfare (IFAW) and Chinese internet giant Baidu launched ‘AI Guardian of Endangered Species’, an artificial intelligence tool that has been trained to identify wildlife products traded online – with up to 75% accuracy – using images of endangered animals accumulated over a decade.

In the meantime, Sidanius says Refinitiv is committed to continuing to raise awareness of green crime, and to bring it from awareness into policy focus. He encourages a more proactive stance from financial and non-financial companies alike to specifically screen for green crime risk, even in the absence of regulatory frameworks mandating such action.

“Banks and other obligated entities need to integrate environmental crime and wildlife trafficking as part of their due diligence process, law enforcement needs greater resources to focus on actors who harm our environment, and there needs to be much greater collaboration,” Sidanius says.

To learn more about green crime risks, join this webinar.