Given the similarities between Hong Kong and China’s KYC frameworks, cross-border onboarding and account opening has become less of a challenge, say Synpulse’s Prasanna Venkatesan, Gregory Achache and Marina Mai.

As China opens up its banking sector to foreign players at an unprecedented rate, many international banks — especially those that already have a strong presence in Hong Kong, and have shown a keen interest in exploring the Mainland China market. In a series of three articles, we will examine the regulatory differences between Hong Kong and China, as well as the challenges of complying in a dynamic regulatory environment.

War against money laundering activities dates back to the 1930s, when the US issued laws to fight against organised crime. Then, the 9/11 attack in 2001 led to increased emphasis on AML and CFT. A key component of this, KYC procedures remain a crucial stage for all banks, since it is where the risk of money laundering is not only detected, but also mitigated to an acceptable level. Therefore, ensuring accurate and efficient KYC policies from regulatory bodies, coupled with rigorous KYC frameworks can largely mitigate money laundering risks at banks.

Hong Kong, being one of the largest financial centres in Asia, and China, being a global economic superpower, remain breeding grounds for money laundering activity. Strengthening enforcement and monitoring KYC policies for customer identification is the need of the hour. The respective regulatory bodies – the HKMA and SFC for Hong Kong, and the PBOC, CBIRC and CSRC for China — are aware of this threat. They have been continuously making efforts to tighten KYC compliance requirements.

In 2017, HKMA conducted 1,820 money laundering investigations, showcasing the strict attitude of the regulatory bodies towards the enforcement of guidelines. Meanwhile, the PBOC conducted 1,708 law enforcement inspections.

In this article, we will discuss how Hong Kong and China are catching up with global KYC standards; assess and compare KYC guidelines issued in Hong Kong and China; illustrate the business case for cross-border onboarding as well as highlight the key pain points within the industry.

Over the years, both Hong Kong and China have taken various steps to maintain global KYC policy standards. Hong Kong has been a member of FATF (Financial Action Task Force) since 1991 and China since 2007. FATF is an intergovernmental organisation founded in 1989 to combat money laundering and is recognised as the global standard with over 37 members across the globe. As part of FATF, both Hong Kong and China are subject to regular inspections to ensure effective supervision on AML controls including KYC procedures. Recently, the FATF Mutual Evaluation on China‘s measures to combat money laundering and terrorist financing, following onsite visits in July 2018.

Furthermore, Hong Kong and China follow the standards set by the Wolfsberg group, an association of 13 global banks that aims to develop frameworks and guidelines for the effective management of financial crime.

Despite this, overseas branches of banks in Hong Kong and China have been penalised for breaching KYC regulatory requirements, indicating that some challenges still exist, especially at operational level.

For international banks that already operate in Hong Kong and plan to venture into the China market, as well as for the Chinese banks that aim to expand their wealth management and private bank businesses in Hong Kong, it is important to look at the differences in KYC policies between the two jurisdictions, to lay a path for compliant cross-border development of business. In the following discussion, we highlight the basic components of the KYC framework and and compare the level of maturity of regulatory requirements between Hong Kong and China. 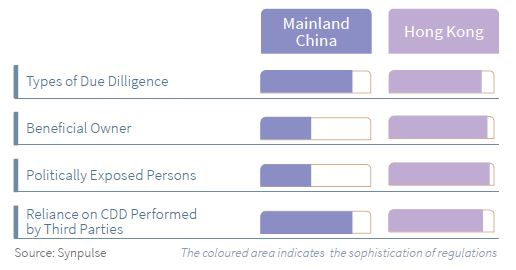 Figure 1: The level of maturity of regulatory requirements.

Types of Due Diligence

The HKMA Guidelines define a BO as a natural person who directly or indirectly owns more than 25 percent of a company’s shares, 25 percent of voting rights or ultimate control over the customer, which can be a natural person, legal person or trust. Although China’s definition of a BO is similar to Hong Kong’s, according to a 2018 the PBOC notice, deficiencies were found by FATF regarding the ineffective arrangements for registering and retaining BO information, and technical non-compliance in terms of transparency of BOs, legal persons and legal arrangements.

The HKMA Guidelines define three types of PEPs: Foreign PEPs, Domestic PEPs and International Organisation PEPs. It is also worth noting that a Foreign PEP refers to an individual who is or has been entrusted with a prominent public function in a place outside the China, while Domestic PEPs play in a similar role within China. The PBOC suggests similar definition for Foreign PEPs with that defined by the FATF, however, a Domestic PEP or any other type of PEP is not specified in the China Guidelines, as confirmed by FATF in its 2018 inspection.

From a group-level view, an onshore subsidiary leveraging existing KYC information from an offshore subsidiary is allowed, and this can largely ease the onboarding process for banks. Under the HKMA Guidelines, banks are allowed to rely on an (overseas) intermediary to perform any part of the due diligence process. In the case where group-wide policies are applied, the policies should comply with the local AML and KYC regulatory requirements to which the bank is subject. Under the China Guidelines, local banks are required to take certain precautions before establishing cooperation with third parties banks. Additionally, in a recent notice, regulators explicitly added: Banks must not rely on third-party intermediaries from high-risk countries or regions to carry out any part of the due diligence process.

As both Hong Kong and China are seen to be keeping up with global KYC standards, cross border onboarding or account opening is no longer a challenge. Permanent residents of Hong Kong can now open mainland China bank accounts without leaving Hong Kong to complete the onboarding process. Banks are being encouraged to take the initiative by providing cross-border financial services to strengthen financial connectivity within the Greater Bay Area. Cross-border customer onboarding and account opening are major steps in connecting the financial markets of Hong Kong and China.

In March 2019, a Hong Kong bank announced the launch of a pilot scheme for Hong Kong permanent residents to open mainland China personal bank accounts remotely. Hong Kong customers may now complete the mainland China account opening procedure by attestation in one of the Hong Kong’s bank respective branches. In fact, for a few years now, many Chinese banks have been providing account opening witness services in which the wealth management customers in China could open Hong Kong bank accounts (in the local subsidiary bank of the Group) locally.

Such connectivity is strongly welcomed by the regulators and the market. We foresee that cross-border onboarding and account opening are of major importance and will continue to be a key step in supporting the implementation of the Greater Bay Area financial strategy.

On one hand, it is comparably easier for Hong Kong customers to open mainland China accounts, as existing KYC information held by Hong Kong banks is sufficient to cover the onboarding requirements in China. On the other, banks in Hong Kong may still face challenges in onboarding China customers. 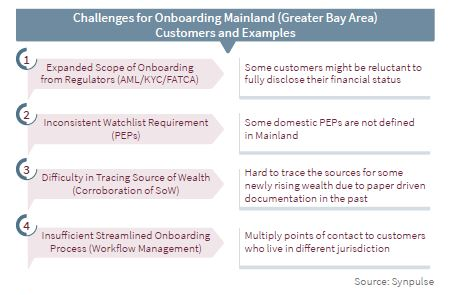 The KYC process is among one of the most complex, manual and unstructured processes present in banks today. Costs and risks have risen significantly in recent years, driven by numerous new regulatory requirements that aim to strengthen AML controls.

However, banks that already have a strong presence in either Hong Kong or China can capitalise on the regulatory similarities discussed above to expand to the other market with cross-border onboarding. The key of KYC framework differences between Hong Kong and China are summarised below. 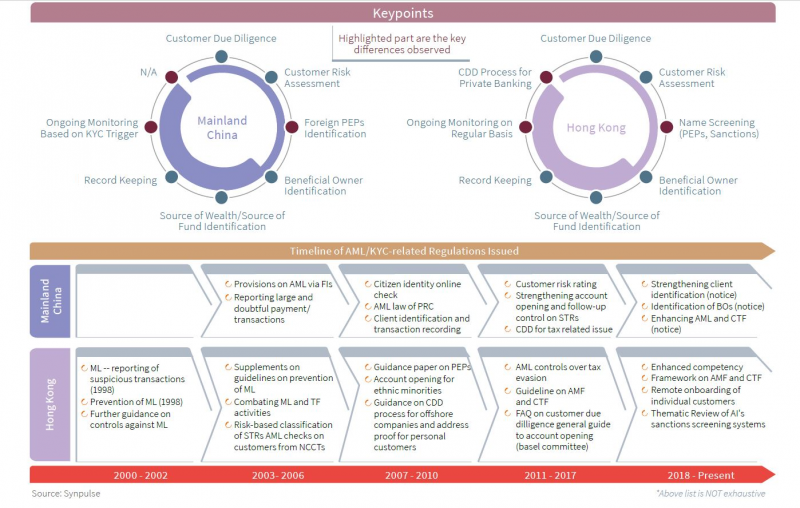