“The recent amendments aptly covered all the sectors that the APG has recommended to be covered,” said Atty. Mel Georgie Racela, Executive Director of the AMLC, in an interview with Regulation Asia.

The AMLC is currently collecting data from real estate brokers and developers as part of an environmental scanning exercise for the sector. A typologies report for the real estate sector will be released soon, Racela said. 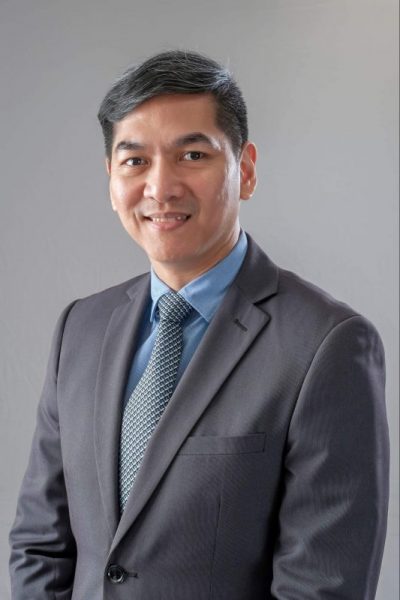 Indeed, the AMLC has been issuing risk assessments, studies, and typologies reports to facilitate AML compliance by covered persons. In July 2020, a typologies report on Covid-19 related financial crime was released, revealing findings from the analysis of STRs (suspicious transaction reports) filed between 1 January 2020 and 24 April 2020.

A second typologies report was then published in October 2020, revealing that STRs for activities such as skimming, phishing, unauthorised transactions, and other violations of the Electronic Commerce Act accounted for about half of STRs, while crimes related to online sexual exploitation of children and money mule accounts were the next most prominent.

Analysis of the STR filings also showed that the increased use of money mule or pass-through accounts was likely to be the result of abuse of reporting entities’ digital KYC and customer due diligence processes. The report offered recommendations on the red flags firms should be looking out for to mitigate this risk.

“The study has been very helpful to really establish that criminals were using technology during the pandemic to facilitate crime,” Racela said. “Part of our recommendation in that study was for financial institutions to ensure that their IT platforms will not be used by criminals. It served as an important reminder for them to improve their systems.”

The AMLC has just released its findings from a quality review of STR filings submitted by reporting entities between 2017 and 2020. Racela said the review will have broad implications for the industry.

The AMLC conducted its first review of STR filings in 2018, ranking the top 10 and bottom 10 STR filers. According to Racela, the review allowed the AMLC to differentiate between the STRs that had higher information value and could help it build cases and share details with law enforcement.

In the latest STR review, the AMLC has identified issues with defensive as well as incorrect STR filings. Specifically, of the six suspicious circumstances and 34 unlawful activities (predicate crimes) covered persons have to select when filing STRs, the AMLC identified potential heavy use of the catchall circumstance (SI6: ‘The transaction is similar, analogous or identical to any of the foregoing’). This circumstance is intended to be used only if none of the other suspicious indicators or predicate crimes are applicable.

From 2017 to 2020, SI6 was the top reason for filing, accounting for 29 percent of the total STRs during the period. About 96 percent of these STRs were concentrated in only 11 covered persons. Misuse of SI6 – examples of which are provided in the report – is not in accordance with the AMLC Registration and Reporting Guidelines.

“After reading the narrative, it was very clear that the covered persons should have referred to one of the more specific circumstances in their filings, such as to indicate if a transaction is related to terrorism or terrorist financing,” Racela explained. “This was an eye opener for us. The incorrect filings identified will result in supervisory action, potential enforcement actions, and/or dialogue with covered persons.”

While it is currently unclear how many actions will be taken until data discovery and full technical compliance checks are conducted, Racela said there could also be referrals to law enforcement, as well as further process improvements on the part of the AMLC to facilitate better reporting by covered entities in future.

Racela also spoke of a reorganisation at the AMLC, which has made it a stronger hybrid FIU. The reorganization began in August 2018, just a year after he took over as Executive Director. This proved to be difficult timing given the Asia Pacific Group on Money Laundering (APG) mutual evaluation took place later that year, in November. The APG is a Financial Action Task Force (FATF) style intergovernmental body.

“The 2018 reorganisation strengthened the AMLC by providing an organisational structure which is reflective of the actual functions and which can better address the risks of money laundering and terrorism financing,” Racela said. Since the reorganisation, AMLC has increased staffing from 108 to 254 officers, he added.

The CSG is tasked with ensuring covered persons comply with obligations under the AMLA, with the ability to enforce against infractions. The FIAG analyses STRs and other information and disseminates financial intelligence products to the FCIG,  law enforcement agencies and other government agencies.

The FCIG itself comprises five specialised units for different types of financial crime, which closely coordinate with each other and with law enforcement partners. The Groups work with the LEG to build cases for prosecution and civil forfeiture – an area where significant progress has been made in recent years.

The AMLC’s investigations have resulted in freeze orders and civil forfeiture cases amounting to a combined outstanding balance of about PHP 4.02 billion (USD 84 million) between January 2018 and March 2021. This compares with just PHP 1 billion in such cases in the 15 plus years prior to Racela’s appointment in 2018.

The AMLC’s investigations have in recent years been bolstered by its frequently engagement with banks through a Public-Private Partnership Program (PPPP), which allows it and the private sector to work within a framework that encourages information-exchange and capacity building to address money laundering, terrorism, and terrorism financing concerns.

Leveraging the PPPP, the AMLC has seen a more than seven-fold increase in the number of persons of interest flagged in sexual exploitation cases between 2018 and 2020. “Back in 2019, we discovered about 3000 persons of interest in these cases, based on data from the period from 2015 to 2018, and we shared this information with our ISP (Information-Sharing Protocol) partners,” Racela said.

“We have since updated the study to include data up to mid-2020, and the persons of interest increased to about 23,000. This increase is a direct effect of the sharing mechanism, and the partnership that we have established with the private sector.”

The Philippines is often criticised of being the only country that still has bank secrecy laws in place, which can prohibit regulators from accessing customer information. According to Racela, this is just half of the picture. “The AMLC has unhampered access to bank records, including KYC documents, customer information and transaction reports,” he said.

Under an existing MOA (Memorandum of Agreement) with the BSP (Bangko Sentral ng Pilipinas), the central bank can request bank information from the AMLC for use in its supervisory examinations, investigations or any enquiry. Racela said the AMLC has processes in place that enable it to share this information with the BSP in a timely manner, and that similar agreements are also in place with other supervisors and law enforcement agencies.

The AMLC issued a directive to banks in 2017 requiring them to digitalise their KYC records and maintain them in an accessible database. This was aimed at speeding up the process for the AMLC to obtain information from banks, whenever needed.

The initiative has helped to address deficiencies the AMLC identified from testing banks’ transaction monitoring systems, specifically in relation to late reporting. Banks are required to capture covered transactions and submit reports to the AMLC within 5 days. Prior to 2017, late reporting accounted for 7 percent of these submissions. Racela noted that the instances of late reporting have since been reduced to just 0.7 percent, representing a significant improvement.

The AMLC was created by virtue of the AMLA, enacted in 2001, and mandated to assist in transnational investigations and prosecutions of persons involved in money laundering and terrorism financing.