Ramp-and-dump scams now account for about half of the market manipulation cases being investigated by the SFC. Overseas investors also being targeted.

In its latest annual report, the SFC (Securities and Futures Commission) highlighted a continued focus on “ramp-and-dump” scams as one of its top enforcement priorities. 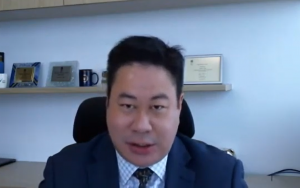 According to Jimmy Tong, Director for Enforcement, these types of scams now account for about half of the market manipulation cases currently being investigated by the SFC.

“The SFC is absolutely determined to tackle the increasing chance of ramp-and-dump stock investment scams,” Tong said in a presentation at Regulation Asia‘s Fraud and Financial Crime Asia 2021 conference on Friday (23 July).

A social media ramp-and-dump scam is defined by the SFC as a form of stock market manipulation where fraudsters use different means to ‘ramp’ up stock prices and then induce investors via social media platforms to purchase the shares they then ‘dump’ at artificially high prices.

“These scams involve money laundering as well as market misconduct and so we have worked closely with the Hong Kong Police and other regulators and law enforcement agencies,” Tong said, also highlighting the importance of investor education.

In March, 12 syndicate members were arrested for operating a ramp-and-dump scheme in a joint operation with the Hong Kong Police. The individuals included brokerage staff and other who manipulated stock trading and transferred the proceeds.

Early this month, the SFC conducted another joint operation with the ICAC (Independent Commission Against Corruption) against a ramp-and-dump syndicate which was involved in possible bribery as well as market manipulation, which resulted in the arrest of a senior executive of a listed company.

Tong said the SFC is focused on syndicates that use multiple nominee accounts to buy up shares in companies with a low market cap, low liquidity, and high shareholding concentration.

The scammers then collude with accomplices to disseminate favourable but false/misleading information via social media platforms to induce unwary investors to buy the shares, driving the stock price up while the syndicate offloads its shares.

In the final stage, the syndicate dumps all their remaining stock, leading to a price collapse and substantial retail investor losses.

According to Tong, ramp-and-dump syndicates target investors not only in Hong Kong, but also those in mainland China, Singapore, Taiwan and even the Middle East countries. In response, the SFC has been collaborating with the CSRC (China Securities Regulatory Commission) as well as other overseas regulators.

About 90 percent of ramp-and-dump cases are identified through the SFC’s specialised surveillance team, which monitors the stock market in real-time, Tong said. However, self-reporting by licensed corporations, public complaints, and referrals from other regulators and law enforcement agencies also add to the case count.

In late June, the SFC issued a circular, available here, to licensed corporations asking them to notify the regulator of suspected ramp-and-dump scams, and offering guidance on red flags to help in identifying such activity.

Tong called on market participants to use the red flags to identify suspicious trading behaviour and report this activity to the SFC “immediately”.